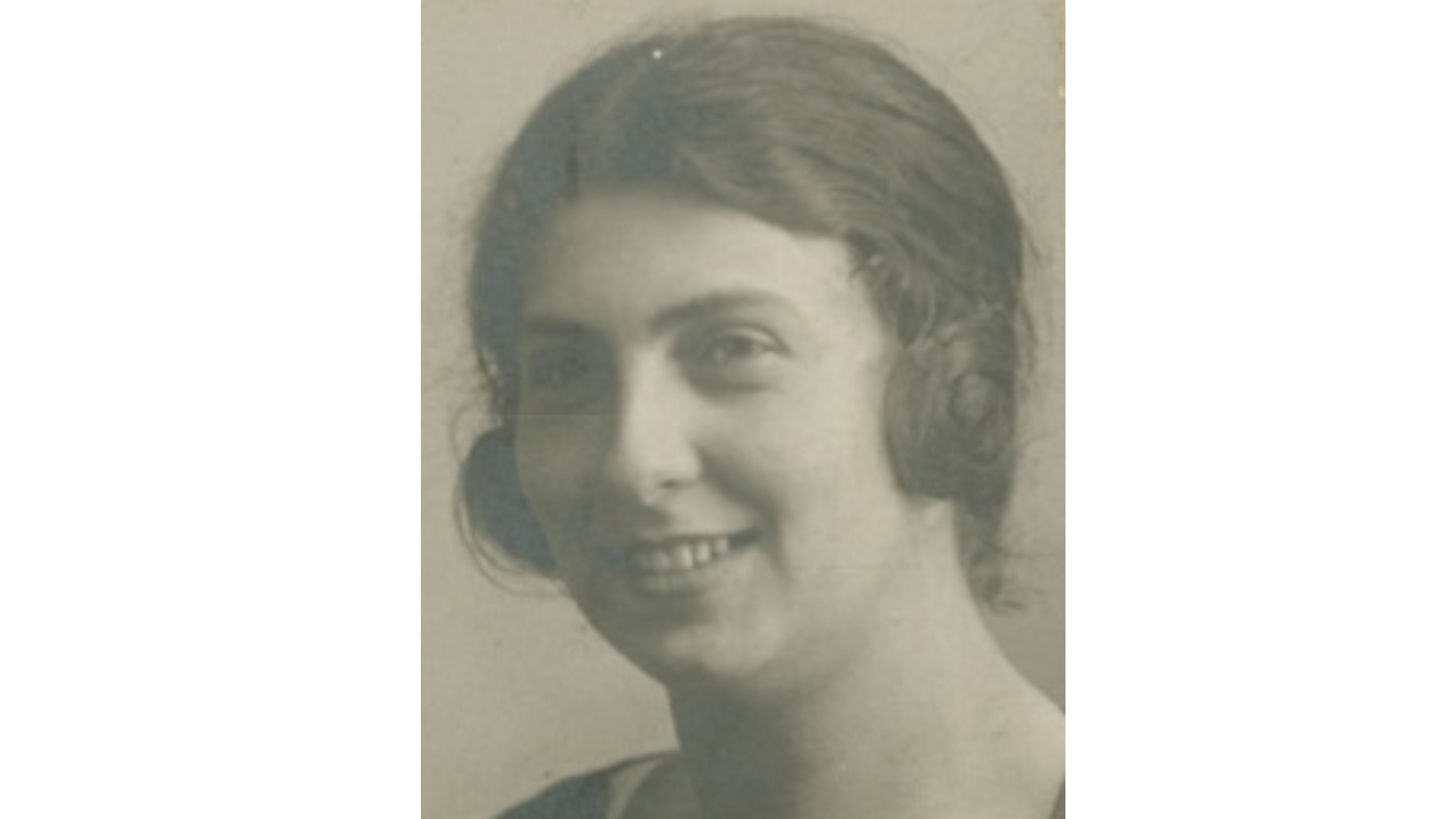 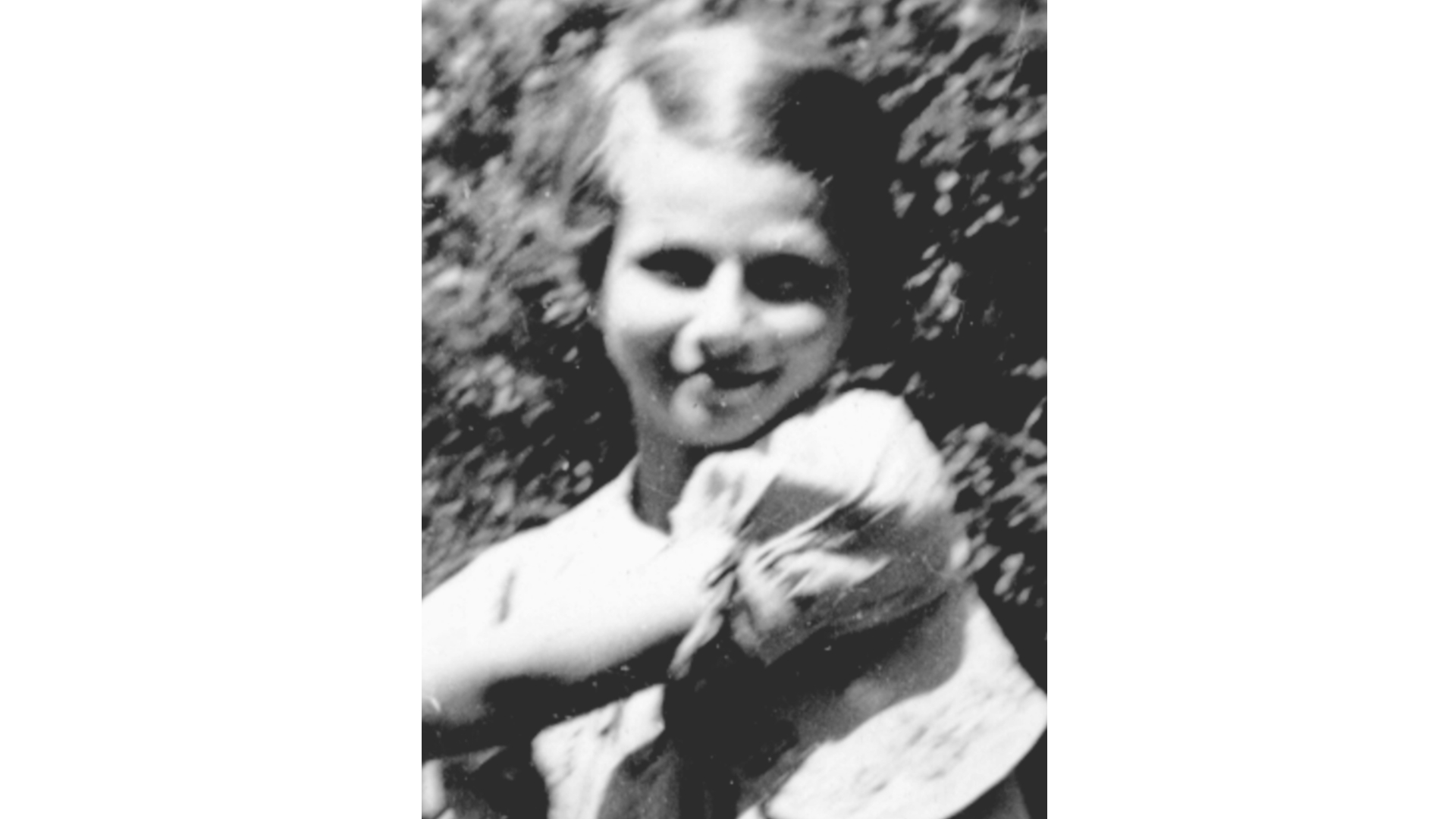 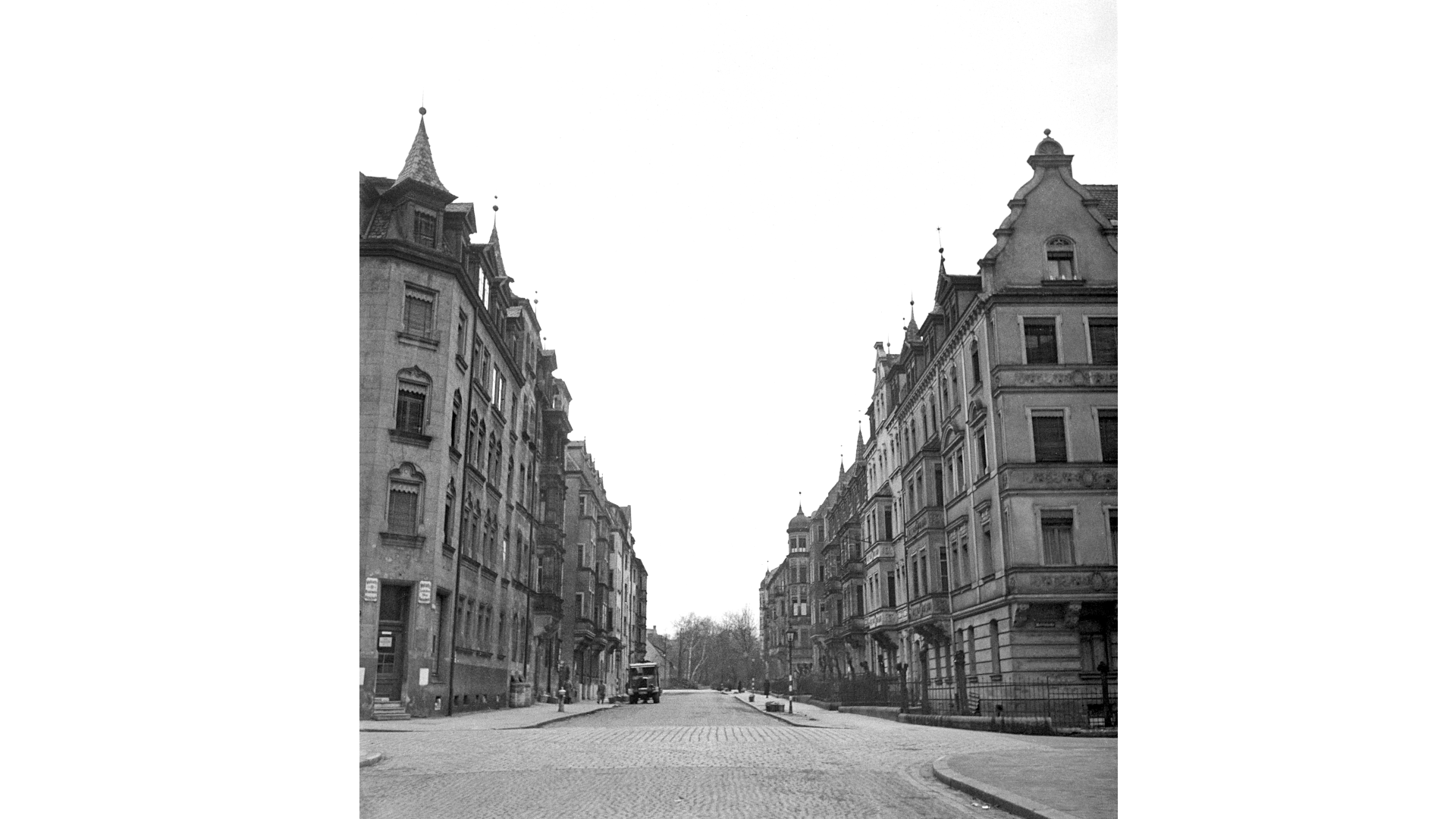 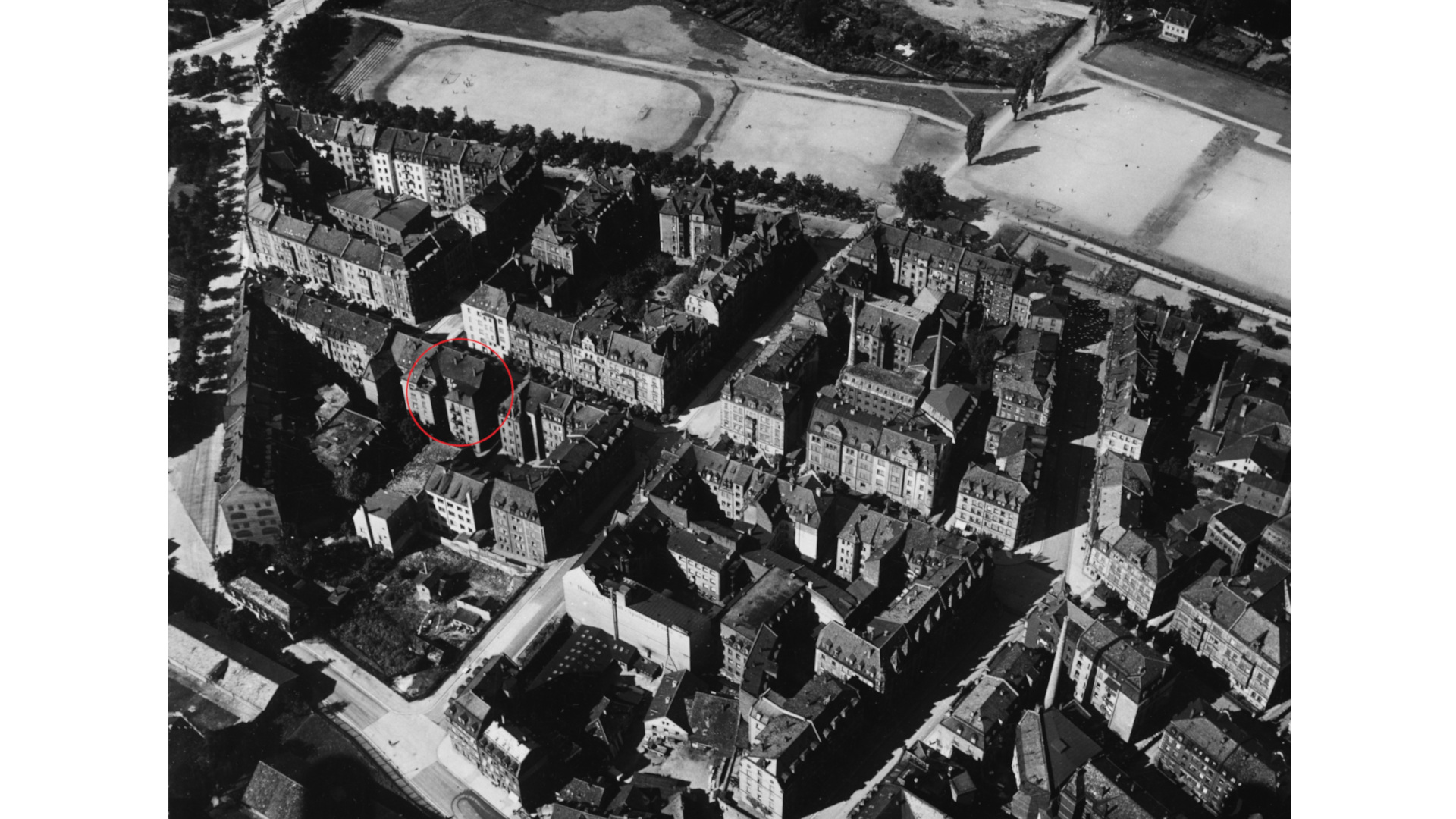 Selma Ascher, portrait photo from around 1930.

(Nuremberg City Archives, C21/VII-GB No. 1164)
View of Hochstrasse looking westwards from the intersection of Hochstrasse and Moltkestrasse. The house with the number 33 is the third building on the left-hand side of the street, where the vehicle is parked. Photo from around 1920.

(Nuremberg City Archives, A39/I No. 283 R)
The red circle marks the location of Hochstrasse 33. Hochstrasse is the street which cuts across the middle of the picture. Its eastern end is on the left in the photo. The street bordering the left-hand side of the picture margin is Roonstrasse, leading to the Johannis Bridge (Johannisbrücke). At the top of the picture, to the north of Deutschherrnstrasse (which runs parallel to Hochstrasse), a section of the Deutschherrn Meadow (Deutschherrnwiese) is visible. Aerial photograph 1927. 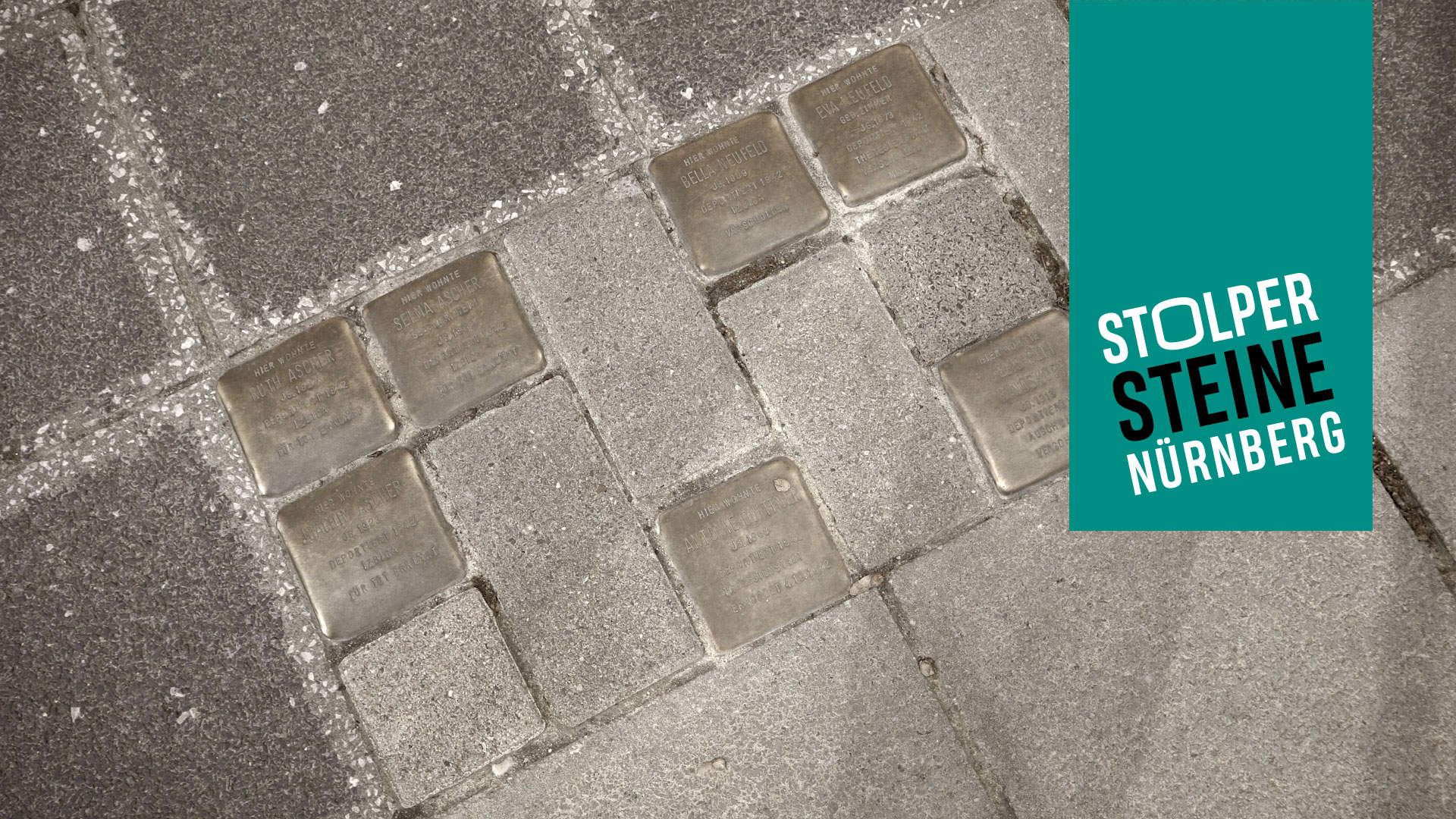 On 22 May 2004 Gunter Demnig laid the first stumbling stones in Nuremberg. These included stones for Selma, Joachim and Ruth Ascher, who were murdered in Izbica.

On 24 March 1942 Selma and her two children were deported to the Izbica ghetto, where they were murdered.